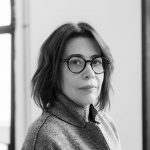 The project has gone through different phases, first designing a research methodology to assess the scale of the problem to understand how it works. Then on how open data can contribute to finding a solution and coming up with recommendations for the countries involved. In this phase, several workshops were held to obtain knowledge from experts in gender and security on the subject, as well as the development of the first version of the standard, by Gabriela Rodriguez. With this tool, workshops were held in Argentina and Uruguay. This first stage was supported by the Avina Foundation and IDRC.

With the knowledge and lessons learned, as well as with a guide to protocolize processes for the identification of femicides, a second phase of the project was begun, with the support of the Inter-American Development Bank, which has focused on a number of countries in the region, among them Honduras, Jamaica, Panama, Ecuador and Paraguay. This new stage has the support of Hassel Fallas in the investigation of the aforementioned countries and in a new version of the Femicide Data Standard.